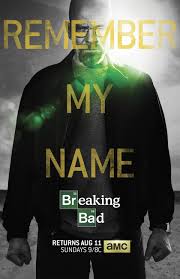 I just realized this year that we are living in the kind of time and place we are going to annoy those younger than us about for the rest of our lives.

Now, I know summer movies haven’t been that great.  I almost didn’t write this because of that.  But, I believe the ups are so amazing that we can forgive a few downs.

Personal history — since I was born in 1979, I only have a few decades to compare now to, but I think the last few years have been extraordinary.  The 1980s were charming and the 1990s were the first decade where I really paid attention to pop culture, but the now is so far beyond what I’ve seen before.

When the grandkids eyes glaze over, and they can’t listen to ‘the good old days’ of pop culture anymore — tell them to blame cable TV.  I wouldn’t even be writing this post without its influence.

I remember hearing a little about this show called ‘The Sorpranos’, and then it started winning big awards right out from under the nose of great network TV shows.  Then more and more wonderful series followed.  Now, it seems like I’ve seen so much great TV in the last ten years that just those shows (and the ones I haven’t seen) could last me a longtime, quality-wise.

Just recently I finished the second disc of Girls, season 1, from Netflix.  It’s extraordinary, and yet also ’just what we expect’ from HBO or other premium cable networks.  One network, AMC, has on at the time ‘Breaking Bad’, ‘Mad Men’, and the ‘Walking Dead’?  That’s insane.

But the rosy glow you’ll cast this era in has to do with more than TV.  You’ll talk about how radio, for a brief shining moment, was really fun to listen to, and full of art.  You’ll talk about Kanye West and fun. and Macklemore and Mumford & Sons all in the same sentence.

Then some other old-timer will mention video games and you’ll be talking about Rock Star and Valve and PopCap and Bioware and Blizzard for the next thirty minutes.

And all the great movies and books (Harry Potter!  The Road!) and comics and more.

And finally to shut you up, your grandkids will say, ‘Gee, that was interesting!  So why, in one sentence, do you think it was such an amazing time even though bio-cranial entertainment hadn’t even been invented yet?’

And you’ll say, ‘I think it was because this was the beginning of the information age and all these separate groups came together and cross-pollinated and people started to expect more from their entertainment and creators stopped being afraid to give people deep stories full of dark characters and — maybe we were just really lucky.’

And then the kid will asked how Duck Dynasty fit into all this and you’ll tell them to shut up.

2 thoughts on “Warning! You are Living in the Pop Culture Moment of Your Dreams”