“Why did you pick that genre? Why fantasy?”

It is almost a strange question to me, like why do you breathe air. Though of course, sometimes I don’t breathe air — sometimes I hold my breath and swim deep into the seas of historical fiction or Gothic romance.

But I always resurface soon enough, always drawn back into worlds of magic, of epic struggles between reluctant heroes, and bold villains, of landscapes beyond belief — but not quite beyond imagination.

Buy why? And when did this begin?

The answer is that I grew up with no lack of fantastic worlds to delve into. As a young child, Mary Poppins, Dumbo, and Pinocchio were as oft repeated as The Music Man and The Sound of Music (note: I never said I was a normal child).

But I also can’t remember the first time I watched the original Star Wars trilogy (I know there’s a difference between sci-fi and fantasy, and some people consider Star Wars fantasy anyway — but for me, any speculative story is what I mean when I say fantasy).

There is no time, no moments or days, that precede me being in love with — and in awe of — Star Wars. The light saber battles, noble Jedi knights, and the terrible (and completely awesome) Lord Vader. And the funny robots. In a lot of ways, that perfect popcorn-bliss ball is something I still strive for in my own writing — and so do a lot of others. 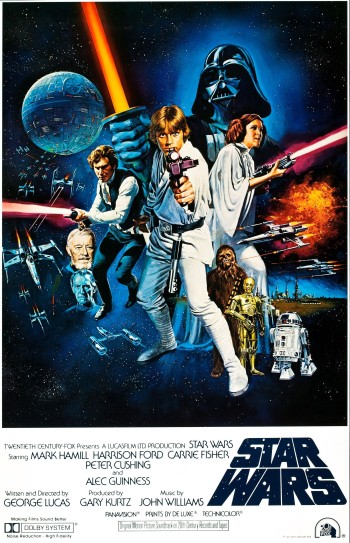 But other stories existed early on for me right alongside that Perfect Trilogy. He-Man chiefly, as well as The Last Unicorn, and our Apple II computer’s pixel-licious version of Choose Your Own Adventure: The Cave of Time. Oh, and Robin Hood — both the Kevin Cosner and animated Disney fox versions. Equally.

And of course books: Fables and fairy tales, adventures and beautifully illustrated childrens’ books about the numerology of crows (12 is for joy tomorrow), the value of journeying East of the Sun and West of the Moon, and how, if you’re Barney Bipple, you should spend your magical dandelion wishes on practical things — like a talking dog and a new baby brother.

But, the counterpoint to all stories that have touched and changed me, past and present, is and has always been nature. I don’t believe I could write the fantasy I do without having grown up where I did.

I was born, literally, in the house I still live in down a mile-long dirt road in Oglethorpe County. I sleep about 30 feet from where I was born — I guess you could say I haven’t gone very far yet in life.

We lived on seven acres, five of which were wooded. My sister and I grew up illegally home-schooled outside the system by our mom, a former math teacher, and our dad, a nurse. It was a good, secluded, new agey upbringing — where magic crept in amongst the edges of the everyday. I was raised hearing that fairies played out in the garden, dancing under the leaves of Mom’s beloved flowers and herbs. Dad thanked the ‘wind spirits’ if — while on vacation — we had a good day sailing, and we learned that tiny triangles on crystals meant they had carried messages from ancient civilizations.

But we were encouraged to read, to grab an encyclopedia (back when all the knowledge of the world could be bound in 28 volumes) or the dictionary to answer any question, and yet — we were not guided, not told any things were real or not real. Everything was possible. And so I grew up — while non-religious — still placing Jesus and the Ark and the garden of Eden in the same realm of accepted reality as Bigfoot, aliens, unicorns, and New York City. All existed in a world large enough for every incredible thing to be true — if one sought it with enough dedication.

For me, in writing, the fantastic has always been life as it is, but turned up to 11. Nature is an 11 by itself. I remember many a childhood play session outdoors (you have a lot of free time if you don’t go to school — I think our mom kind of quit our formal education after age nine). I would watch the ants hustle and climb their way to victorious feasts both large and small, and I would carefully flatten and decorate the sand under where faded goldfish bones were buried.

Ah yes, death (and birth) were an easy companion in the world of our little farm. I understood which bush the placenta that had accompanied me into this world was buried, as well as where a beloved dog I had been too young to remember yet knew the name of was buried. The dog’s grave was hollowed ground to me, buried beneath a gate long before I understood that as a metaphor. And my grandmother loved a story of us finding a dead rabbit and I swung on a swing all afternoon, holding the already stiff rabbit by a leg, swinging higher and higher, unconcerned and even indifferent to the chasm between his world and mine.

There was a magic, a perfection from the dawn of my memory until my 21st year, when my grandmother got sick and this sort of perfect pause ended and a slightly more real, more adult life settled in — though it’s still a world of magic, I must say.

But those early, unfettered years allowed for play, and for storytelling — I was the wild horse of the plains, then later I added people to my stories, continuing sci-fi TV shows’ story lines in the long wait from week-to-week. I loved how big the worlds could be, how strange the situations, how much was required of people as they journeyed onto other planets, or back in time, to discover the impossible and the unexpected.

As teenagers, my sister and I acted out impromptu ‘episodes’ of favorites The X-Files, Earth 2, and SeaQuest — the latter, on one evening, turning into a story of philosophy and almost religious revelation. Sadly no texts remain, only memories.

And now, of nature. Again. I have realized that nature is ‘ The center of my center, the heart of my heart.’ There is no question to which the answer is not found in the natural world. Just this summer I walked in an old growth forest in Western North Carolina, and wept in front of 300 year old popular trees, and if I doubted magic for one second in this world, all my doubts were swept away as I walked across a literal wooden floor made only from the living, woven roots of giants. We also saw the ghost of poet Joyce Kilmer, in the shape of an Appalachian Cottontail but that’s a story for another day.

And so again, I circle back to the question — why fantasy? I love reality; I deeply admire a well-researched, true life story. The world has many beautiful dramas, and funny comedies. The common person is never commonplace. And yet…

J.R.R. Tolkien described the great city of Gondor in Lord of the Rings as “…not builded, but carved by giants out of the bones of the earth.” That is all I seek: great writing and the great bones beneath the reality of what we see and understand. A pattern and structure to explain why we are gifted with angels and poets and prophets at the exact moments in our lives when we need them most, and how we can find grace and meaning in a leaf or a rainbow or a Heron flying overhead on our mother’s dying day.

Another writer, Francois Rabelais, said, ‘I go to seek a great perhaps.’ I was raised on ‘perhaps-es’ — in a world where anything was possible and even likely, the world of Atlantis and the Moon landings, of dragons, both mythic and Komodo, a world free of bullies, but also lacking in new friends. A world of a thousand doors, a thousand magical experiences awaiting me only to discover how to turn the key.

The true reason I love to write those stories is that only fantasy can capture the magic I have experienced when discovering a pepper moth camouflaged against the forest floor, only sci-fi can envision worlds as grand as the order behind the universe in which we have been given, and only horror can return to the world the awe to which it is owed.

I only write of magic, because I have only seen magic — in all my days and in each of you — and I hope to leave a little bit of enchantment behind me before I pass under my final gate.