The following is a guest post from a good friend and fellow Athens Writers Association member, Jennifer Innes.  Jen has shown an incredible amount of courage and persistence in going after her dream and I think we can all learn a lot from her.  Enjoy!

I started my first novel at some point in middle school. This book was pretty awful, but main themes that would become the ties that bound my writing together were there and it was a good start to what would become an almost twenty year career in writing.

By 2002, I was pretty confident that writing was the path I wanted to take. It was my second year of college and I had to decide where I was going to transfer to and what degree I was going to pursue. I gave up on a lot of different career ideas but writing wouldn’t let me quit and so I went on to get not one, but two degrees in English.

Fast forward eleven years and you’d think I’d have a million books in print and I’d be world famous (okay maybe just moderately famous) but no, I let myself be held back from my full potential. Over the years I’ve written many books, well to be honest, I have half written many books. Almost every book I started sits on a computer drive, half completed, each project waiting to be seen to the end, and I just couldn’t bring myself to do it. Typically life would happen and interrupt the writing process for far too long and then fear would set in.

The only four letter word that truly disgusts me is ‘fear’ because it controls most of my life. With my novels I feared completing them because I was scared of both failure and success simultaneously. I was afraid of these things because in either situation I would be powerless. I began writing as a child to escape the powerlessness I felt and as an adult I still try to escape those feelings which means I don’t finish the novels that want to be finished and I don’t pursue my dreams of being a published author.

But it’s not all a sad story. Several years back I met someone who would become a dear friend to me. He was also a writer and he was also afraid. Together we began a novel that we both were dedicated to and by metaphorically holding each other’s hands, we helped each other complete the novel, edit the novel, and now we are pursuing publication together.

When deciding how to go about publishing our book we settled on self-publishing but wanted to see if other people would be interested enough in our book to help fund some of the publishing costs. We started a Kickstarter campaign on Kickstarter.com for “The Beginning of Whit” to test the waters so-to-speak, and so far the response has been pretty phenomenal. Kickstarter itself was another one of those fearful things because “failure” and “success” are attached to any Kickstarter campaign. But we are pushing forward because the possibility of success will help launch our book and that would feel more amazing than sitting in my comfort zone avoiding failure.

So I ask you, what is stopping you from doing the things you want to do? Is it fear? Is it something you can overcome? Don’t waste twenty years like I did, do something about your hurdles today. I said to a friend once, “I’m my own biggest hurdle.” He said, “Then get out of your own way already.” What sound advice!

Please check out the Kickstarter for “The Beginning of Whit” at: 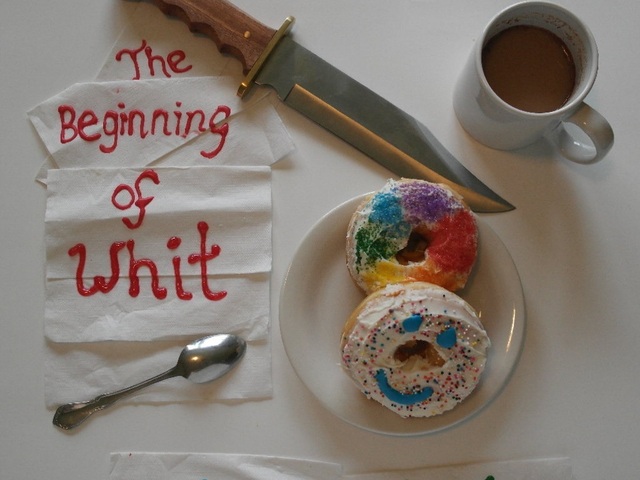 Jennifer’s blog can be found at: www.fanwritunit.blogspot.com