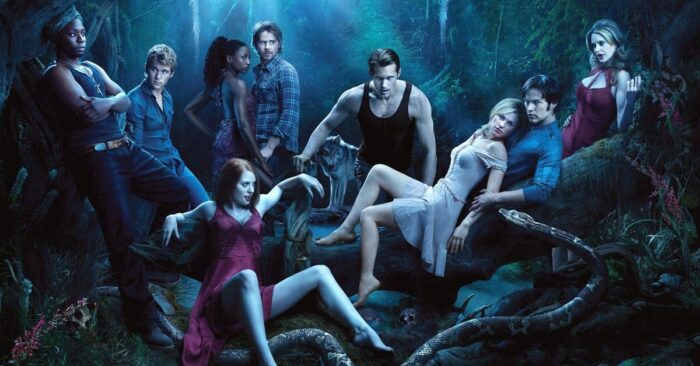 I put the question of this ‘top ten’ to my sister, with the stipulation of ‘most enjoyable’.  The reason was not to exclude hard-to-watch dramas but rather to alleviate the fears that one would have in creating a BEST list.  So this is really about my favorites, not the ones I believe should be on display in the Smithsonian or that we should force schoolchildren to watch.

And so without further ado —

Life on Mars (US)

And now, the WINNERS —

Mad Men has been a giant influence for years now, from the amazing characters like Peggy, Don, and Pete, to its beautiful, restrained look at a bygone era.  It’s only not higher on my list because it’s become too restrained for my taste — I just want to have my favorite characters in the same room talking about things that matter and yes, I’ve watched for hours waiting for Pete and Peggy to talk to each other.

An odd choice, since I’ve only seen the first two seasons so far, but the quality of dialogue and the acting is transfixing.  “I don’t think of myself as an angry man.”  “Raylan, you’re the angriest man I’ve ever known.”  Shivers.

Now with this one, I’ve only seen the first few seasons but I’ll never forget them.  This show is classic Ryan Murphy — funny, daring, heartfelt, cold, warm, and with lines and characters you can’t stop thinking about.  Other Murphy shows just missed the cut.  Christian is a character for the ages, and the way he’s subverted by his experiences makes you rethink human nature.  He’s a bit like a Damon Salvatore as explored by Ryan Murphy — to which I say ‘Oh hell yes!’

This is one of those perfect series, a phrase that you rarely hear on TV.  The American version was good too — but this one’s great.  This is another era done right; its version of the ‘70s is letting it all hang out, with the clothes and lingo taking a back seat to the sexism, racism, and the police’s occasional brutality.  But at the heart of all that is a hero who wants to get home and wants to discover the childhood (and father) he never really had.  Heartbreaking and awesome — can you dig it?

Another near-perfect series.  I had my doubts about this one (and had always only been a light Sherlock Holmes fan) and yet it’s been fantastic, shaking the source material up and turning two of our best British actors loose to charm the pants off the audience.  The creators said they only do three episodes every few years because they want to only have the highest quality of writing — and it shows.

Sherlock Holmes: Punch me in the face!

Sherlock Holmes: Yes, punch me in the face! Didn’t you hear me?

Dr. John Watson: I always hear “Punch me in the face” when you’re speaking but it’s usually subtext.

David Tennant’s Doctor Who is the ‘It’s so fluffy!’ line from Despicable Me turned into a series: you simply can’t deny that much excitement, passion, and joy.  It makes you glad such things exist in the world.  And yet it has a profound heart, and a real understanding of humanity that makes this such a long-running favorite.  The Doctor loves the human race in a way we ourselves often can’t, and yet at the end of the day he must stand apart from the things he loves.  Also, probably the best idea ever for a TV show.

This is my love it/hate it entry.  The series went on a bit long, I abhorred ‘sideways world’ and yet . . .  Great writing makes me say, “Oh!  I’m so jealous — I wish I’d written that!” And I went around all the time I was watching seasons 2 and 3 thinking that.  It wasn’t perfect, but man, it was on SO much of the time, and it brought adventure and mystery to the small screen in a way I’d never seen before or since.

I just started watching this show this year and it’s already made the top ten.  I mean, come on!  How couldn’t it?  It’s Lincoln meets The Social Network.  The characters (and actors) are some of the best ever put together (and they are so often together, in the same room talking about important things).  And the story lines make you remember what HBO made you forget: that great dramas don’t need violence and sex to have truly great drama.  This show has actually made me a better person who cares more about her world.

‘Who lives in a pineapple under the sea?’ And so starts some of the funniest, sharpest writing anywhere on TV (I recommend seasons 2 and 3 for maximum laughs).  Spongebob must be a spiritual sibling to the Doctor, because they both live life to the fullest.  The number of quotes that are still spoken daily by me attests to its staying power.  “I’m ready!  I’m ready!’

This show was a couple of spots higher and I had to move it closer to number one.  I had heard about it for years and figured I’d like it, but it was just such a perfect dream of character, identity, growing up, and remaining a child that I liked it even more than I thought I would.  And that last scene with Brian — wow — it pretty much influences me (and my writing of Fall Street) to this day.

This is the perfect Joss Whedon show in my mind (I’ve only seen one season of Buffy so that might change).  It has it all — super original characters, a great setting, well plotted episodes, and the best funny dialogue possibly ever written.  Come for the charming captain, and stay for his shiny crew.

No. 4 — The Vampire Diaries

I know, I know.  Believe me, I get it.  For a long, long time I never watched a Vampire Diaries even though I like Jane Austin, romantic comedies, and supernatural stories.  I figured it would be vapid, dumb, cruel, and just about guys walking around with their shirts off all the time.  On top of that, I hadn’t thought Ian Somerhalder was that great on ‘Lost’, so who would want to see him as a lead?  How wrong I was.  The Vampire Diaries turned out to be a perfectly plotted show which teases you AND builds over each season.  It is that rarest network show that is going somewhere with its lead characters.  And Elena is a Harry Potter not a Bella and her friends and family mean everything to her.  And Ian?  He blows the doors off the place as Damon and makes him one of the most compelling, most misunderstood anti-heroes in modern television.  Even if he does walk around with his shirt off a lot.

I did a list like this many years ago and The Simpsons was number one — it says a lot that I watch it much less now and yet it still looms so large.  The show would win awards from me based only on the volume of great TV it’s given — the sheer number of lines, gags, and firsts make it the great elder statesman of today’s cartoon families.  Don’t like The Simpsons?  “Release the hounds!”

Some people started with the Sopranos or OZ as their gateway drug into cable drama.  For me, it was Deadwood.  I knew it as ‘That show that won awards and everyone was always cursing’.  Then I sat down with the first season DVD and was awestruck — this was TV, not as I’d grown up with it (TV comedies and stalwart 10:00 pm dramas), but exciting, masterful, and so funny.  Not every story line later on was a winner, yet still, taken together I never saw a world like Deadwood, SD, and never again have met people like Al, Jane, or Trixie.

Once upon a time all I knew of Alan Ball was American Beauty and all I knew of the Sookie Stackhouse mysteries were their bright, cartoony covers on book shelves.  Then all that changed.  Bon Temps and its residents came into my heart full force and the romance, humor, humanity, and magic of the place can never be forgotten.  When I watch True Blood (I’ve only seen through season 4) I see so many great things that I want to learn to do in my own stories — and having a kick-butt heroine like Sookie is at the top of the list.

One thought on “A Writer’s ‘Most Enjoyable’ TV Shows List”