How to Come Alive: A Guidebook to Living The Life of Your Dreams (self-published 2013)

You’re known disappointment. You’ve taken some chances that didn’t work out. You’ve seen friends, family, and co-workers give up and take the path of least resistance.

Something told you to keep looking, keep trying, and never settle. Because you knew one day you would find the life you were seeking and become fully alive.
That day is now. All you have to do to start living the life you’ve always wanted can the summed up in one word — action.

How to Come Alive: A Guidebook to Living the Life of Your Dreams is all about getting from where you are — possibly in an un-fulfilling job or marriage, an unhealthy body, or a deep rut — to where you want to be — joyous, full of potential and hope, and well on your way to being alive in every sense of the world.

Now, this book isn’t a magic cure — and the main ingredient here is a willingness to work hard. But it is an ingredient you possess, and I guarantee you have enough within yourself to carry you well into the life of your dreams. If you are willing to take responsibility for your life and your future, incredible things are in store for you.

Inside are 25 ways to come alive, each one with the potential to change your life forever, each with three levels of difficulty to challenge you as you grow. These aren’t fads, cribbed from the internet and regurgitated into this slender volume. Instead they are a lifetime worth of ideas — the best, most helpful ‘hacks’ from someone who has never given up believing that we are all special and that the world needs more people who have come alive.
You are incredible and you deserve the life of your dreams. Let’s begin.

Try a little nibble below —

Along the path to your dreams, you’ll find setbacks, things that make you lose faith — hang on and it will get wonderful again.

But you’ll also find beacons, each filled with an inspiring light that will help you onward toward greatness.

The thing is, you can’t always know where these inspiring things will come from.  Sometimes, you know a place that calls to you, and you know intuitively that you won’t be the same person once you see Machu Picchu, or stare at a Renoir, or watch the Olympics live.  And by all means, save up, take the leap, and experience those things.

But I have found that some of the most incredible experiences of my life were the ones I never would have chosen.  My sister encouraged me to go with her to see Cirque de Soleil and the Netherlands Dans Theater — both of which left me a changed person.  And it was only by getting lost did we arrive so late at Blackrock State Park that we met giant eventide snails on the path and watched the world grow dark from a mountaintop.

Emily Dickinson said, ‘The soul should always stand ajar, ready to welcome the ecstatic experience,’ and I do encourage you to be open to being hauled along on a great adventure.

Part of seeing amazing things is also to see humanity acting at its highest level.  What one person, or a small group of people can accomplish is staggering, and allows you to know that there is nothing you cannot do.  For me, seeing the Netherlands Dans Theater group was like that.  These are men and women are truly ‘world-class’ in modern dance.  A few months later I saw the Atlanta Ballet perform, and they were great, but the difference was amazing.  The ballet performers were not (yet!) even in comparison to the magnitude of greatness I saw from the modern dancers.  It was an inspiration for a lifetime.

Beginner Goal: Say ‘yes’ to events you usually would say no to.

Intermediate Goal: Plan at least three outings to events you’ve never been to but wanted to see.

Advanced Goal: Save up for that ‘trip of a lifetime’ you keep thinking about.  Start putting aside ten dollars a week and start getting brochures etc. to keep you inspired. 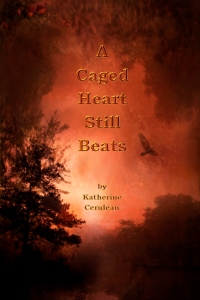 Shepley Grant has money, property, and youth. There are only two things he does not have — his freedom, and her heart.

Shepley spends his days trapped in a cage, hidden deep in the woods of his remote, regency era England, estate. Tragedy led his servant Bryce to imprison him there four years ago, take on his identity, and give him in return an unusual and complicated sort of friendship. Shepley’s actions may have brought him to this place, but his thoughts turn to revenge.

Everything changes when their childhood friend Lena begs to visit again after losing her home. She is a free spirit with a loving heart and the one person Shepley is still allowed to write to in his lonely life. He has fallen in love with her through her letters. Shepley jumps at the chance to bring her closer and, in a code within their correspondence that only she will understand, he encourages her to come at once. But is bringing Lena near and giving her sanctuary all he desires, or is her visit a last, desperate bid to be found — and released? It is a freedom he both desires and fears for, if Shepley takes his revenge upon Bryce, he knows he will lose Lena’s heart (and damn his soul) forever.

Upon her arrival Lena is led to believe that Bryce is the man she has written to, and begins to fall in love with him, but it is a love based on Shepley’s words. As Lena and Bryce grow close, Shepley feels his heart split in two. Will the man he once called a friend really rob him of the last, and best, of his dreams? Shepley wonders if he is truly the monster Bryce sees — a dangerous man, destined to die alone.

When Lena discovers the cage in the woods, will it lead to Shepley’s salvation . . . or unleash tragedy for them all?

Check it out on Amazon.