Even though the year isn’t over yet, I’m so excited about the things that are exhilarating me and moving my writing forward that I just had to share them (note: no real spoilers here, just a few lines of non-revealing dialogue) —

Hopefully season three isn’t the end, but if it was — what an ending!  I can’t even count all the ways this series awes me and makes me jealous.  It is more beautifully shot and designed, more intellectual, and has more intimate relationships than almost any series I have even seen.  I did feel like they lingered on the beauty a tiny bit long in the beginning of this season but once they picked up the pace they were incredible.  This is one of those shows that has changed me and will be with me forever.  I want to make things this rich, this thoughtful, this surprising.

Hannibal Lecter: Killing must feel good to God, too. He does it all the time, and are we not created in God’s image?

Will Graham: Depends on who you ask.

The trailers looked so exciting, so balls-to-the-wall, so over the top that finally seeing the feature-length film had to be a letdown.

Instead, Fury Road managed to not only hold onto that excitement and craziness for two solid hours but it also added in a great plot, strong characters, and the best female hero the genre had seen since Sarah Conner.  And finding out that — on Amazon.com — silver spray edible cake frosting is ‘often bought with Mad Max: Fury Road’ has restored my faith in humanity.

I’ve really enjoyed Fun.  Now their lead singer’s new album has become one of my favorites of the year.  He has this emotive, beautiful, lilting voice and it just screams ‘story’ to me.  ‘Brightside‘ especially makes me want to write another love story. 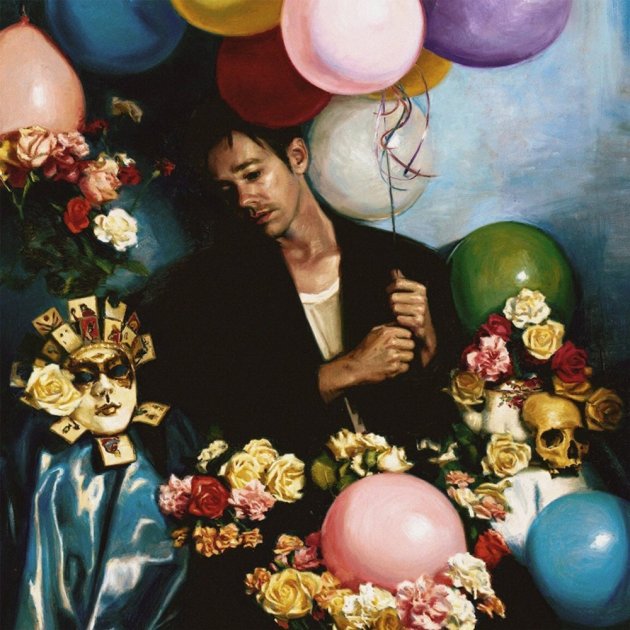 Aww FNL.  I started this series last year and have been waiting about six months between seasons.  I got past season 2 (the truncated sophomoric stumble) and watched FNL regain its footing and rise again like an eagle (or a panther) in full glory in season 3.

Tami: I love that about you.

Coach Taylor: What? That I can’t make a decision to save my life?

Tami: No. That you make the decision with such a conscience. What other coach would think like that? I think it’s because you’re a teacher first. You–you are a molder of men. And I find that admirable, and I find that very sexy. 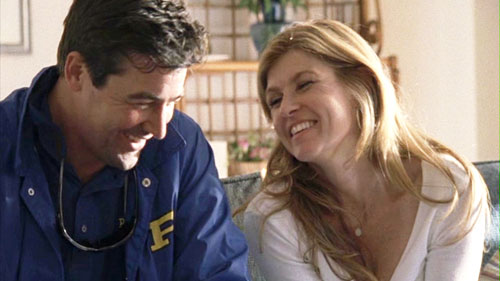 I’m only halfway through this one, and yet have been blown away again and again by the writing and the visuals.  The use of light — greens and yellows and neon words shattered among the darkness of an endless night turn the hero’s blindness and growing heroism into a physical landscape.  And the introduction of the Kingpin rates among the best, and most surprising, entrances by a villain in TV history.  I believe Netflix has not only met the quality standards set forth by the Marvel movies, but in many ways it has eclipsed them.

Ben Urich: There are no heroes, no villains. Just people with different agendas.

How Jim Kroft isn’t famous yet I cannot say, but I’m sure he’s on his way.  ‘Journeys’ 1 & 2 are beautiful, imaginative, heartbreaking, and hopeful.  ‘Break For the Light’ is a perfect anthem for reaching for your true desires, but ‘Beijing Morning‘ is the one that breaks my heart every time.

“You should watch ‘The Unusuals’.”  I kept hearing some version of that from my sister, again and again, over the last few years.  She’d seen it when it first came on, while I sometimes avoid new shows ’til I know if they’ll last.  Terrible, I know.  Well, this show didn’t last beyond its first season but it doesn’t matter, in one season it created more memorable characters, moments, and stories than many shows do given a decade.  Come for Jeremy Renner, and stay for the dialogue — heartbreaking in one moment and gut-busting in the next.  My only regret is that I didn’t see it sooner.

Det. Shraeger: I swear, if you took all the time that men wasted thinking about the female breast throughout history, there’d only be enough time to read a magazine.

#8 — Far From the Madding Crowd

O-M-G.  I’m not usually someone who goes gushy for love stories.  I really enjoy them, but only the well-done ones.  So I’d been aware of this movie because I love that 1800s English setting but I wasn’t sure if it was for me.  Then my friend and fellow writer Jill Hartmann saw it and suggested we go see it together. Wow!  What a story.

There’s just something about the moments here, seconds when the light hits two people who were going about their lives, unites them in a pure second of love or lust or hate — and then the world spins on but each’s life is changed, almost ruined, because of that profound pause.  All the actors are great here, and the scenery is SO beautiful.

Bathsheba Everdene: From now on you have a mistress, not a master. It is my intention to astonish you all.

Bioware’s ‘Dragon Age’ series is one of my favorite sagas in video games.  ‘Dragon Age 2’ may always have the edge because, for me, it was like living and making choices inside an HBO drama — the characters were that well-written.  And you never forget your first Fenris romance!

That said, DR3 lived up to the hype and then some, with an unbelievably open world and an even better combat system.  It was the grandeur of the journey though, that caught me up most.  I don’t spend a lot of time gaming, and it can be easy for me to play around in an open world and then lose interest (see every Bethesda title ever made [still enjoyed them though!]).  DR3 seemed made to stop that from happening.  It united the expansive world of ‘Dragon Age 1’ with the climatic plotting of DR2, making you and your character change and grow along the way (one can feel the beats of Joseph Campbell — ‘and here the hero crosses the threshold’).  Havor, my Qunari warrior, progressed from captive to hero to leader of men — and found himself a flirty mage named Dorian along the way.  Not a bad for a hero’s journey.

Solas: I am surprised you do not practice blood magic, Dorian. Is it not popular in Tevinter?
Dorian: While we’re sharing surprises, you’ve done a lot less dancing naked in the moonlight than expected.
Solas: Tevinter lore about elves remains accurate as always.
Dorian: I wanted to see you make flowers bloom with your song, just once.

‘Chappie’ is ten pounds of crazy in a five pound bag but, for me, it works.  Is it a drama?  A comedy?  An action movie?  It’s all these and more.  At its heart is Sharlto Copley — amazing and visionary — as the lead character.  Chappie learns and grows throughout the movie and since much of his ‘childhood’ is spent with hoodlums, the movie is both an indictment of violence amid poverty and an example of the power of love and family even in the worst of situations.

And filled with great action.

The best way to put it is: it’s a Neill Blomkamp story and — for some of us — that’s an awesome thing.

And still to come —

Even though there haven’t been a ton of things to inspire me this year, the ones that have are off the charts!  If you have a second, tell me one of your current inspirations.